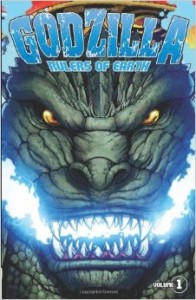 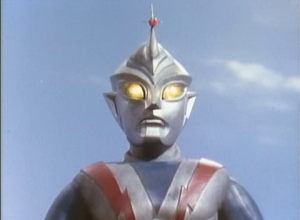 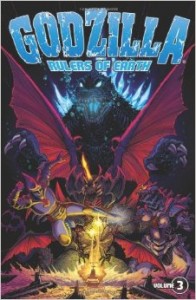 At 25 issues, the series might seem daunting, but I read all of it in a single evening. The balance between wordier plot and character development sections with all-out monster-bashing goodness was dead on, and the lack of captions and dialogue during a lot of those kaiju fights means you can rip through these comics pretty quickly. I found myself more than once going back to soak up the art, since the fights go by so quickly. For the Cat 2 and 3 readers, yes, nearly every character you’d want to see makes at least a cameo appearance. While I was personally bummed that Zone Fighter didn’t make the cut, Matt Frank did toss in an obscure ZF Easter egg on the cover of Issue 3.

When it comes to the writing of a series like this, where what nearly all readers really want is a non-stop agenda of kaiju battles, coming up with a plausible reason for them and adding in a human story the readers will care about, is a challenge. It’s the same challenge every Godzilla film has faced. The series is credited to Chris Mowry and Matt Frank as the creators, and they clearly came up with a good plan: use a research team and a small group of Counter Kaiju Reaction (CKR) force characters to provide background info and a human focal point, along with two different sets of villainous alien(ish) invaders and a few loose-cannon bad guys. Structurally it works. We get some necessary background and info dumps from these characters, and although the Shobijin (the Small Beauties from Mothra’s Infant Island) do appear by Issue 9, we’re not stuck with them as the sole explanatory characters. 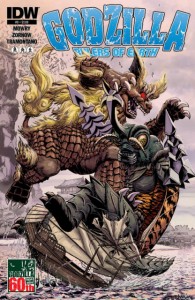 The evil characters all have agendas, and while those might not be anything more special than ‘we want to kill everyone and take this world for ourselves,’ they are at least believable. Likewise, the kaiju all have decent motivations, with some of them even not really being interested in sticking around to take beatings. Gigan especially shines with character motivation, as does, of course, Godzilla. There are also tons of great little asides and gags, like the ostracization (whether real or self-perceived) of Zilla by the other creatures on the newly created archipelago, ‘Monster Islands.’

[Note for Cat 1 readers: ‘Zilla’ was the creature in the crappy American film from 1998, because the creature looked different and no one wanted that to be the actual Godzilla, so the fans gave him a different name, and he’s a different monster now.] 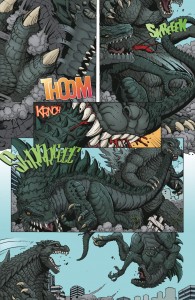 Where the writing fails at times is in forcing too much dialogue out of the characters. Villains have long, complicated exchanges to convey backstory, and soldiers yuck it up a bit too much, with the banter and most of the intentional jokes falling flat and stale. Yet there are moments of more subtle comedic genius, like when Woods and Chavez get a lift from Jet Jaguar off an alien ship, with one of the characters screaming ‘Not liking thiiiiiiiiiis.’ 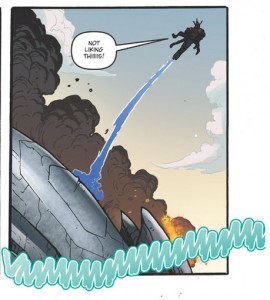 In general the dialogue is way wordier than it needed to be, and the editor could have pruned things back considerably. Yet in a few other places where a silent battle happens, the story could have used a bit more of Chris Mowry’s touch, providing captions to clear up some chaotic action. To throw credit where it’s due, Mowry had an impossible task of keeping the readers going between battles and making the story around the creatures captivating, and he pulls it off. The series is broken into two distinct story arcs, with the first 12 issues wrapping the first, and each of them contain some nice twists you don’t see coming. Mowry also brings moments of sobering sorrow into the story at the loss of human (primarily military) life. My biggest gripe is the bit with the amulet Lucy gets on Infant Island. While it should serve as proof to her and others that her visit with them was not imagined, it doesn’t. It also serves no other point in the tale like being a useful way to call Mothra when she’s needed. And the necklace is present in the art through to the end, so it seemed like it would come into play, but it doesn’t. 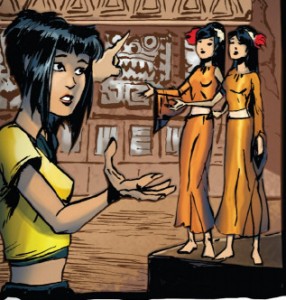 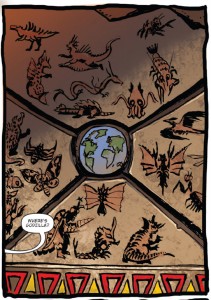 The art is really what we came for though, and both Matt Frank and Jeff Zornow* bring their A games. Every creature is distinct (until a sub-arc near the end when there are hybrid creatures) and they all resemble their film counterparts enough to give the Cat 3 fanboys and fangirls reason to cheer. Zornow’s* style is similar enough to Frank’s that his appearances are not disconcerting, even if he does go in for heavier inks and thinner lines. The creatures all look lush, and the characters are all easily distinguishable—even if  Frank’s human heads are a little wonky, but that’s clearly a stylistic choice and not lack of skill. Every issue has at least one battle royale, and if there’s anything to complain about there, it’s toward the end of the series when the ‘camera’ is just a bit too close to the action sometimes. Art attention to detail abounds, like the painting inside the cave on Infant Island, which is identical to the cave painting seen in the film Godzilla vs. Mothra. Or in a Matt Frank issue, a sign in the background reads ‘MUTO-54.’ Another panel showing Godzilla throwing Ebirah over his shoulder and into São Paulo is almost identical to a famous production still from the film Ebirah, Horror of the Deep. These guys have mad monster chops. Every issue is a beauty.

So will Cat 1 readers enjoy the series? If they’re actually seeking out some kaiju chaos, they should. The art is enough to carry them through a single issue, even if, at a glance, the writing isn’t as good as what they might be used to with other comics. But the series isn’t meant to be digested that way. It was designed for trade paperback readers, and Cat 1 readers will enjoy that approach. Cat 2 readers will love this series, assuming they understand that the focus here is on the fights. The writing isn’t The Sandman, but it works well throughout, and even shines in a few places. The art is gorgeous the whole way, and that’s what we came for. Will Cat 3 readers dig it? They will almost certainly have problems with some things, but they get attention to detail, Easter eggs, nearly every character they could ask for, and all from guys who know and love the cannon as much or more than they do. Yeah, Cat 3 readers will be happy, too.

Four Scylla Heads for the writing.

Five Scylla Heads for the art!

*Jeff Zornow Must Be Destroyed 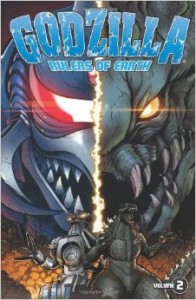 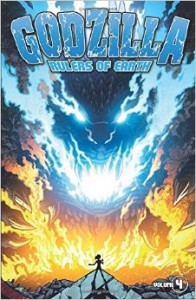 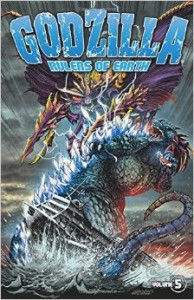 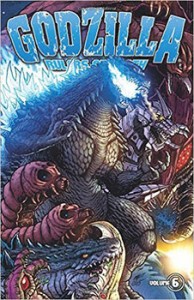 Kane Gilmour is the international bestselling author of The Crypt of Dracula and Resurrect. As well as being a frequent co-author with Jeremy Robinson, he’s also an editor for Breakneck Media, the keeper of Chess Team continuity, and an encyclopedia of comic book and pop-culture knowledge. He is working with Jeremy on a comic book adaptation of Island 731.

Kane was recently interviewed on Beware of Monsters podcast.