The Divide – What Would You Risk for Freedom? 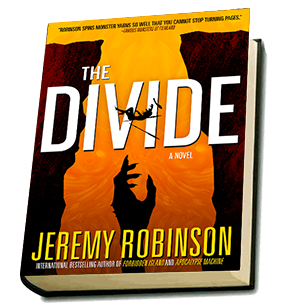 A few years ago I released a novel about a giant monster: Project Nemesis. While it was far from my first foray into writing about monsters, or even large monsters, it was my first attempt at writing what is known as kaiju (strange beast in Japanese). In the past, the genre was relegated to movies, TV and comic books. With Nemesis, I successfully brought the genre to the one form of storytelling it had yet to crush beneath its massive heel: novels. Thus, the “kaiju thriller” was born and there have since been several novels by other authors released in this fledgling (but growing) sub-genre. Since the release of Nemesis, I have released one kaiju thriller per year, including all five Nemesis books, Apocalypse Machine, Unity and now…The Divide!

If I had to compare it to any of my previous kaiju thrillers, I’d say it’s most like Apocalypse Machine. The story deals with some pretty broad and potent subjects while introducing a new and horrible monster: the Golyat. Trust me, you wouldn’t want to encounter the Golyat in a dark alley…or broad daylight. But some of the people living in New Inglan, who are desperate for the freedom once enjoyed by the people of the United States, are willing to risk everything to find out what, if anything, exists beyond the Divide.

WHEN THE DIVIDE IS CROSSED…

No one remembers how the Divide was created. The miles-deep and miles-wide chasm has existed for hundreds of years, protecting what remains of humanity from the Golyat: a creature whose shadow moves across the horizon at sunset.

Davina, daughter of Jesse, is a shepherd. She spends her days guiding herds of deer through the forests of New Inglan, protecting them from predators, herding them away from the Divide, and ensuring the tribe of Essex has meat when needed. While many shepherds die in their first year-from the elements, from injury, or in the jaws of a wolf-Davina is resilient.

Having just slain a mountain lion, Davina returns to her village to discover a hunting party has been sent out in search of the Modernists, a group fascinated with the past, the technology that once filled the world, and what lies beyond the Divide. To keep the Modernists from reaching the Divide’s far side, and revealing humanity’s presence to the Golyat, the hunters will torture and kill them all. Including Davina’s teenaged son.

Davina strikes out, intending to ensure her son’s death will be quick and without torture. Reaching the island of Boston first, Davina confronts the Modernists and finds herself incapable of taking her son’s life. Captured by the enemies of Essex, she is transported across the Divide, along with her son and the Modernists.

For the first time in five hundred years, humanity steps foot on the Divide’s far side. Stranded with the enemy, Davina must fight to keep them all alive, herding people instead of deer, while uncovering the truth about humanity’s past, and her connection to events that reshaped the world. 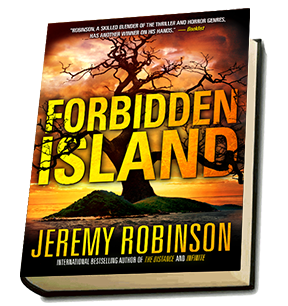