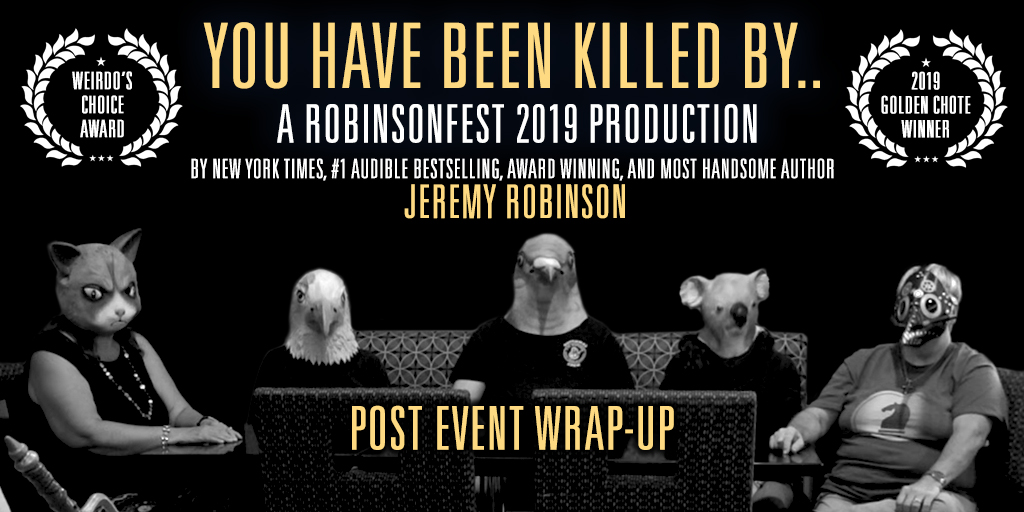 All of the photos below were taken by badass photographer, Lyndsey MacDougall, during a RobinsonFest photoshoot which involved many costumes, props, and silly, silly people.
You can find her online here. 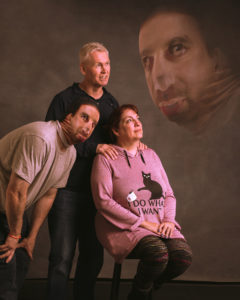 So…what the heck is that video? Is it the result of a fever dream? Maybe. The machinations of a madman? Probably. But it is also the creation of a small group of people, coming together from around the world. RobinsonFest ended a few days ago, and as usual, when the long weekend is over, I’m left with that post-summer camp feeling. Once a year, I get to see my tribe, and this year was extra special for me because I didn’t just get to see these awesome people, I got to create alongside them. So let me explain the video. 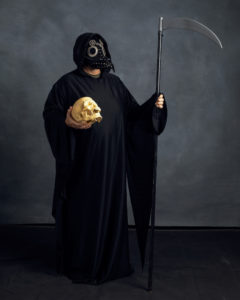 I encounter a lot of fans, mostly online, some in game and once a year in person at RobinsonFest. I have a habit of using the names of my family, friends and fans in my novels…often ending their literary lives in horrible ways. This is a satirical movie about what it would be like if I did this in real life (I totes don’t). And it’s what RobinsonFest spent all of last Friday creating. From early in the morning until 2am that night, we shot the video in about 5 hours — between a hay ride, a hard cider tasting, lunch, visiting an ocean-side fort and more food that night. Editing took about four hours and then we premiered the just-over-four-minute-long masterpiece at The Loft theater in Portsmouth, NH. Big thanks to Cider Hill Farm and Homewood Suites in Portsmouth for allowing us to shoot at your locations.

In addition to making and viewing the movie, we also had narrator R.C. Bray (Bob) along for the ride, and on Saturday morning were treated to a live reading of whatever the heck people wanted Bob to read. Below, I’ve included a sample of my upcoming novel, TRIBE, and a love poem for Jeffery Kafer (from Bob) titled 50 KAFERS IN BRAY.

As usual, I was blown away by the caliber of the people attending RobinsonFest. It’s rare to find this many caring, comfortable, and yeah, loving people in one place. And this year I learned something unique about us that might be part of why we connect so well. In our lives outside of RobinsonFest, most of us are quiet (not Al), reserved, and introverted loners. But at RobinsonFest we undergo some kind of social metamorphosis, transforming into outgoing, funny, loud, and bold people who are suddenly comfortable to be themselves, but also willing to share about their lives, struggles, and passions. The result is a deep connection between people from all over the US, UK, Canada, and Australia. (We had FOUR Aussies this year!)  Miss you guys already, and I’m looking forward to the next RobinsonFest.

Want to come next year? Sign up for the newsletter so you don’t miss the registration. We’re looking at June 2020 in Boston. We’ll be touring all the cool places I’ve destroyed in Project Nemesis, Tether and the upcoming Tribe, running through some escape rooms, and eating some tasty grub…unless it’s too expensive. Then we’ll figure out something else. 🙂

If you have e-mailed or messaged me in the past week or so, and haven't heard back, it's because I gots the flu! Spent most of the last seven days laid out and delirious. Starting to improve, but hacking my... https://t.co/Hu0R9h9UJK

Rot & Ruin by Jonathan Maberry on WEBTOON is fantastic. Whether or not you’ve read the novels, you should check it out! https://t.co/z5WZpb6Ndq

Going to ATTEMPT to do a live stream video game session tonight with three guys who are fans of the books, and pals. IF it works, feel free to drop in an ask any questions you want, or about anything else. You... https://t.co/Z34EILfrN7

I need to put together a 20 minute sample of the best bits in TRIBE. Any favorite chapters/scenes that stand out?

Reply on TwitterRetweet on TwitterLike on Twitter3Twitter
Load More...