As some of you might recall from the post I made a year ago my health has been in a state of upheaval. Last year it presented as a kind of mental breakdown with constant anxiety, extreme depression and frequent panic attacks. While all this was happening, I was told I probably had a brain tumor. Later in the year, an MRI and blood test suggested I did not, in fact, have a brain tumor.

Alas, that didn’t mean there was nothing wrong with me. There was. And is.

Despite testing negatively for a tick-borne disease called Bartonella (that you can also get from cat and dog bites and scratches—I think I got it from wrestling with Kenobi), my symptoms suggested that I had it. While I was being treated for it naturally, using herbs and supplements that usually cure Bartonella, it was also largely ignored because many of the symptoms overlapped with having a brain tumor, including panic attacks, which persisted throughout the year and into the summer.

Flash forward to September. Toward the end of the month, about a week before Robinsonfest, I started getting neuropathic symptoms. At first it felt like severe goosebumps on my thighs, but over the course of a few days, it progressed up my back and onto my head. By the time Robinsonfest happened, it was distracting, but not yet debilitating. That happened a few days after Robinsonfest, when my nerves became so out of whack that I couldn’t stand to be touched. I couldn’t do much more than sit in bed. Even something as simple as a shower became horribly painful.

END_OF_DOCUMENT_TOKEN_TO_BE_REPLACED 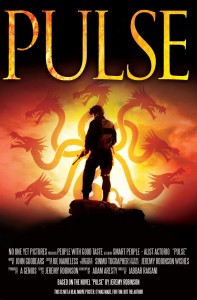