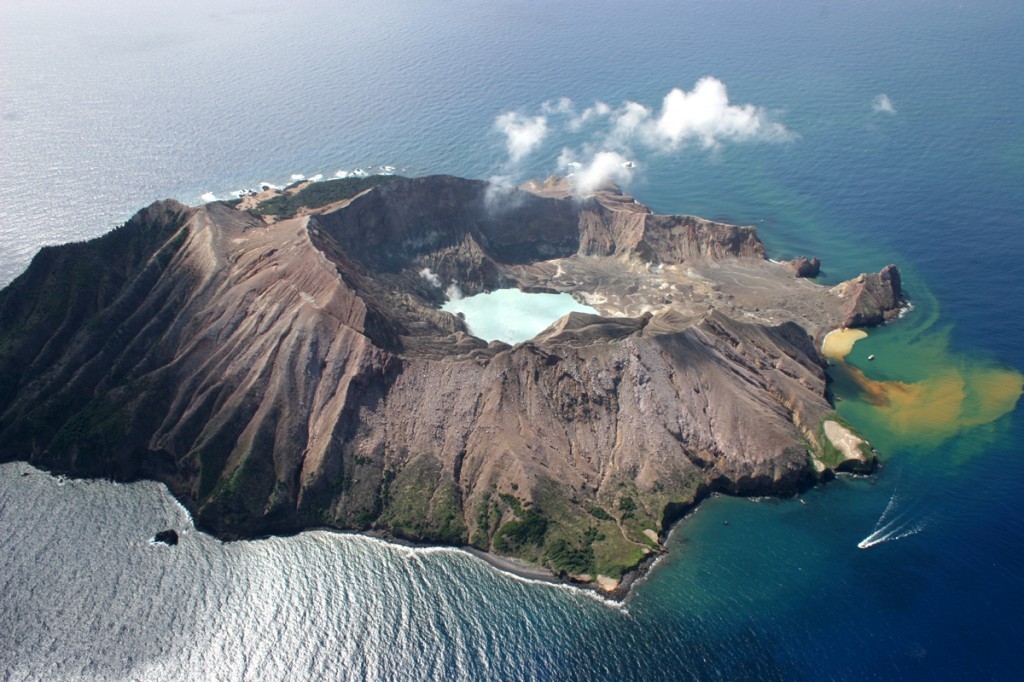 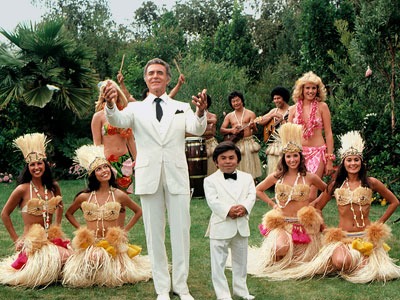 Remember when I accused you of fantasizing about who you would like to be marooned on an island with? Well, the writers for the late 70s/early 80s TV series, Fantasy Island, dreamed up a variety of sultry, violent and downright strange scenarios for an ever-changing group of visitors. But you know nothing good can come from a place where your rich, enigmatic host drives around in a cherry red convertible station wagon, has a pint-sized, French accented side-kick and a bevy of giggle-prone, bouncy, bikini babes ready to lay you—sorry, lei you…with flowers. But both are probably true. Granted, on the show, most people left the island intact, but this is a place where fantasies became reality. What would happen if you wound up there with, say, Charles Manson, or even worse, Gary Busey? The show occasionally focused on sci-fi elements like time travel and often delved into the supernatural, but we never really got a look at what went on behind the scenes, which I have no doubt would be even worse than becoming a mushroom. That will make sense in a moment.

Now, if your first reaction to reading the name, Matango, is something along the lines of “What the hell is Matango,” that is actually an acceptable response. Also known as Matango: Fungus of Terror, this Japanese cult classic is obscure. But obscurity doesn’t matter, because this is the kind of island that leaves you feeling like you’ll never eat mushrooms again…and I’m not talking about the mushrooms you eat with a steak. Even if you’re as hallucinogen-free as Charles Ingalls on a Sunday morning, you’re going to feel like you be trippin’ hard by the end of this movie.

The story is basically this: the cast of a Japanese Gilligan’s Island remake is shipwrecked on an island lush with giant mushrooms and mushroom-men out for blood, unless of course, they get hungry and eat a mushroom, in which case, they become a mushroom themselves. Personally, I love mushrooms (the non-hallucinogenic variety) and will take great care to avoid this island, because I would very quickly succumb to temptation, feast on a mushroom, become a mushroom, and eventually eat myself to death like Pizza the Hutt.

3. THE ISLAND AT THE END OF DEEP RISING 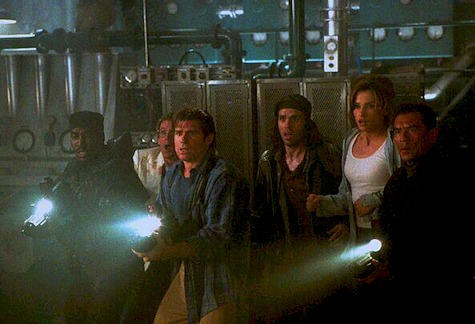 Don’t ask me to tell you what the movie Deep Rising was about. I think it had something to do with tentacle monsters on a ship. My memory of the whole thing is vague and unimpressed, except for the final five seconds of the movie, where the three survivors wash up on the pristine shore of a deserted island. For a moment, it’s a stereotypical happy ending, but then trees start snapping, a roar pierces the air and we pull back to reveal something big and unseen smashing through the trees and rough terrain, and an erupting volcano spewing orange lava! Those few seconds are far more frightening than the rest of the movie, and they left an impression on this viewer. Not only did that island represent the movie I wished I’d seen, but it was without a doubt a place I’d never want to go, not because of what is shown, but because of what was left to my admittedly screwed-up imagination.

I have to admit that I have an affinity for Monster Island, which is home to a myriad of giant monsters from the Toho universe (who is also responsible for Matango, by the way). Godzilla, Anguirus, Rodan, Varan, Baragon and Mothra larva, among others, all made their homes on the island after being transported there in the late 60s, and being contained there by an array of technological deterrents. If this island actually existed, it would be a veritable graveyard for Kaiju nerds like myself, who couldn’t resist the siren call of Gabara. That would make it one of the most dangerous islands for me personally, and the place I would eventually go to die with a smile on my face. But for the rest of the world, this island of 100–300 foot tall beasts would be a horrible place to visit, mostly because if you’re not stomped to death or burned to a crisp, it’s likely you’d be swallowed whole and slowly digested alongside a whale… or Tokyo Tower.

1. THE ISLAND OF MISFIT TOYS 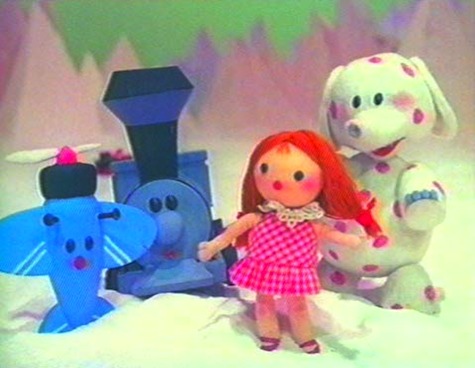 Yeah, that’s right. This island is straight from the classic Christmas tale, Rudolph the Red-Nosed Reindeer, and it makes the list because 1) this island is cold as hell, and if you visit, you’re likely to die of hypothermia, and 2) this frozen wasteland of a place is populated by defunct and discarded toys. But it’s not the toys themselves that makes this island freaky, it’s who put them there. Santa Claus. That fat, red bastard casts away imperfect toys, banishing them to a cold existence until King Moonracer can find them homes. But why not a tropical paradise? Or why not a wing for “special” toys in the Workshop itself? If you spend too much time thinking about why Santa sent the toys to this far away island (like me), you’ll realize that whenever King Moonracer says to a toy, “We found a home for you!” he’s really saying, “My castle is cold and I need fuel for the furnace.” Because, honestly, what else is there to burn in that ice-covered hell?

This article was originally published at Tor.com. Give them a visit!