END_OF_DOCUMENT_TOKEN_TO_BE_REPLACED

Jack is Back! The Continuum Series Continues.

Two years ago, I wrapped up a long running story arc in the Chess Team books with the novel OMEGA, but as a casualty of that storyline, King was trapped three millennia in the past, and he was made temporarily immortal. He would need to live through the ravages of history until he caught up with the team and his family in the present. I thought it would be fun to look at some of his adventures during that time with standalone novellas, showing different slices of history and King’s way of dealing with those time periods. Of course, because it’s me, he would also have to face mythological or supernatural creatures along the way. Last year I released GUARDIAN with my co-author, J. Kent Holloway. It was the first of the Jack Sigler Continuum series of adventures, and it found King in ancient Babylon, a young immortal and facing a very otherworldly threat.

Today, I’m happy to announce PATRIOT, the second adventure in the Continuum series of novellas, once again co-authored with Kent. This adventure brings you a very different King, after he’s weary from facing the world for centuries, and he’s chosen a very unique way of passing the time.

END_OF_DOCUMENT_TOKEN_TO_BE_REPLACED 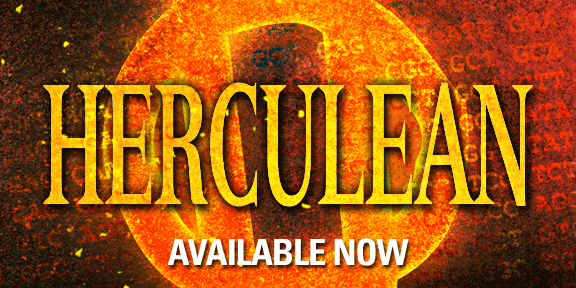 When I first wrote PULSE oh so many years ago, I took the plot from HYDRA the very first screenplay I had written (17 years ago). The main character of that screenplay was none other than George Pierce, who became a secondary character in the Chess Team books and Jack Sigler’s closest friend and 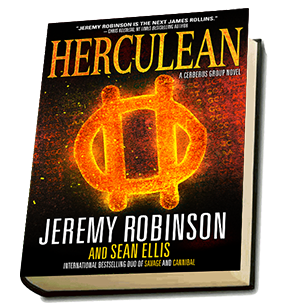 confidant. George was my very first leading man. Now, seventeen years after he first battled the Hydra in a screenplay so bad you’ll never see it, George has returned to his leading man status in HERCULEAN, where he can finally put his skills and knowledge to use, protecting the past from humanity, and humanity from the past.

Fans of the Jack Sigler thrillers will delight in this new series which brings together characters from Chess Team history and combines them with fresh faces, pitting them against man and myth in stunning, action-packed fashion.

For the full book description and buy links, just follow this link!

SNAFU: Survival of the Fittest 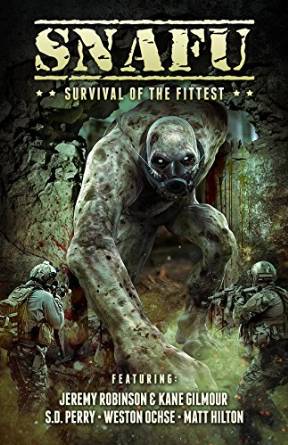 Need to know what happened to the Chess Team after CANNIBAL? “Show of Force” (co-authored with Kane Gilmour) will be available exclusively in this anthology from Cohesion Press. Plus 9 other great stories by 10 other great authors. Available now!  http://amzn.to/1Ky1la4

Survival horror says it all.

Imagine Resident Evil… Silent Hill… with soldiers. Straining to make that one clip of rounds last. Making sure not to waste a single bullet.

Lost in the shadows, low on ammo; only edged weapons; wounded, fighting to survive, the last remnants of the mission team trying to make sense of where they had gone wrong, and how to make it out alive with next-to-no resources.

Survival horror, where every bullet counts.