Run For Your Life – THE DARK is here!

Last September, with the pandemic raging, protests around the country, and an impending election, I received a video from a fan who felt compelled by God to warn me, Kane Gilmour, and R.C. Bray of future turmoil. He spoke earnestly of many things, including preparing for the coming disaster, and he was very compelling. There was a lot to absorb, but four words stood out to me. “Three Days of Darkness”. Something about that phrase felt…important.

So I googled those four words and discovered an ancient prophecy that the fan was either unaware of, or had forgotten he’d heard about. But his prophecy and this ancient prophecy were a match–even details like burning special candles for light. I admit, I did not prepare for the impending calamity. I’m a skeptic at heart. But I was INSPIRED by the very convincing warning. And now, the three people warned by this fan (myself as the author, Kane Gilmour as the editor, and R.C. Bray as the narrator) have put together a work of fiction inspired by this prophecy… Perhaps this was the point all along? Maybe you are meant to read this novel and be warned? So light a blessed candle, settle in, and prepare to discover what awaits you in THE DARK. 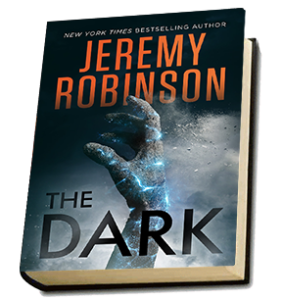 As I mentioned, I originally came across the Three Days of Darkness prophecy when it was sent to me as a video warning, but it has been around a lot longer than that. Blessed Anna Maria Taigi, who died in 1837, first foretold this future event, speaking of intense darkness for three days, blessed candles, and air infected by demons in all sorts of hideous forms. Terrifying stuff, and exactly the kind of thing that lights my imagination on fire. This is a literal ‘Hell on Earth’ prophecy and interestingly…people believe it. Not only that, they’re preparing for it!

Taigi was dubbed a ‘Servant of God’ by Pope Pius IX and later beatified by Pope Benedict XV, making her a trusted prophetic source. While her prophecy is not cannon, that doesn’t stop people from believing it will come to pass…and doing their best to prep for the worst. You can buy blessed candles. There are YouTube videos teaching how to cover windows with trash bags and duct tape. Search for yourself and journey down the rabbit hole in which I found myself last September. OR, read THE DARK for my twisted take on the prophecy, and then go check out the other theories. I promise, my version is the most entertaining!

The audiobook for THE DARK is narrated by the unfathomable R.C. Bray, which is fitting, as the prophecy sent to me was also intended for him. You might think I’m a good writer, but Bray’s narration elevates my storytelling to the next level. If you’re not an audiobook listener, check out the sample and judge for yourself!

THERE SHALL COME OVER THE WHOLE EARTH,
AN INTENSE DARKNESS LASTING THREE DAYS AND NIGHTS.

THE DARK is a mind-bending, character-driven, sci-fi-infused horror novel like no other!

THE DARK has been dubbed a new fan favorite by many advance readers, and Miah, the main character, has been called one of my most relatable heroes to date. All of that is high praise, and I hope the story lives up to the hype I had nothing to do with.

As an author, it’s my job to sell books, and project unwavering confidence. But sometimes I write something different and strange, and I can’t help but wonder if I’m the only one who will like it. The last time I felt this strongly was with INFINITE…which went on to become my best selling novel ever, so hopefully THE DARK will follow suit.

And you can help make that happen! If you enjoy the story, please consider posting reviews for it on Audible or Amazon (or both). Every single one helps spread the word. And if you want to discuss the books with other Robinsonverse fans (and with me) click on that Facebook button below and join the Tribe. Hope to see you there, and I hope you enjoy THE DARK! 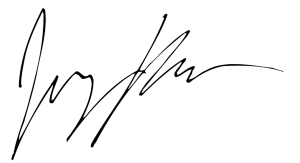