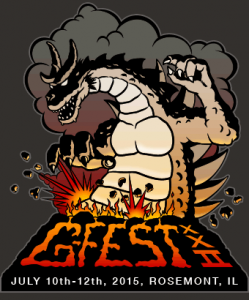 When my wife and I were first married (it will be 20 years ago in September…and I’m 40), we created a list of “Family Goals,” which were basically things we wanted to achieve in our marriage. They were big, simple goals like: Jeremy will work at home. Hilaree will homeschool the kids. We will have XX amount of kids. I don’t remember the number, but we ended up with three. It took eleven years, including incredible struggle, poverty, and long periods of nearly giving up. But we did it. Our family goal has been achieved, and we’re now talking about what’s next.

Four years ago, I decided to apply this kind of bold goal setting to my career, and I created concise three-year goals, including income, sales figures, stories to write, and series to complete. They were big goals, and the very few people I told laughed when I told them. So did I. It was absurd, but having those solid targets kept me focused on the long game. During that time, I was offered three different lucrative book deals with advances far above the average. I turned them all down. They would have padded my bank account nicely. They also would have thrown my schedule into chaos, distracted me for months, and derailed my long term goals for short term rewards. So I applied the same lessons I learned during those long years of writing for no pay, during which I avoided taking a 40-hour-a-week job (most years, all I did was write), and avoided writing groups, conventions, parties, and a long list of other things people do during their twenties.

The simple way to say it is that I avoided distractions (including lucrative distractions), and I focused on the work . I didn’t meet deadlines; I destroyed them. I wrote, more than ever. I published more than ten books per year, under two names, in genres including action/adventure, thriller, horror, fantasy, and science fiction. And at the end of those three years, I tallied the numbers, did the math, and burst out laughing. I had achieved what I had thought was impossible. 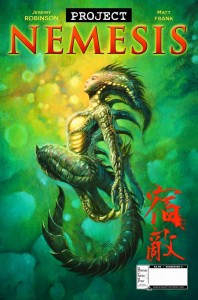 A year into that first three-year career goal, I added an addendum, revisiting the very first creative dream I had: to work in comic books. I put together sample pages for a Chess Team comic book and took it out. Annnd, nothing. I never even heard back. But I kept my eyes on the…ugh, is there no way to say that without wanting to kick my own teeth in? You know what I’m saying. In the wake of the Chess Team denial, I created Project Nemesis and a novel universe that I thought would also make a fantastic comic book, and I hired Matt Frank (who was my first pick as the artist to illustrate a comic book of Nemesis) to design the kaiju. And now, three years later…the first issue of the PROJECT NEMESIS book is due to come out in October!

If that doesn’t sound good to you, if you’d rather go out and have fun, go for it. There’s nothing wrong with that. At all. I even admire it. And if your goals are small, if you’re happy where you are, good for you. I envy your contentment. But if you have goals that are so big that people laugh when you tell them, because they sound (and actually might be) insane, you need to double down and get it done. No one else will. I’ve worked as an editor of a small press, and have worked with a handful of editors over the years, and the single biggest mistake creative people make is living like Dug in the Pixar film UP. ‘Squirrel!’ The allure of paid gigs that don’t benefit your long term goals, of book signings, of conventions, of meeting fans and hearing about how great your books (or art, or music, or beat poems) are is massive. But they’re just squirrels, temporary distractions that can pull you drastically off course.

“So fancy pants, Jeremy, what are your three-year goals now?” you ask. 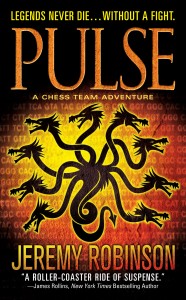 First of all, I’m not wearing pants. I work at home, remember? Second, the details of my goals are for me and the few people I trust enough to laugh at me. But one goal to which I’ve committed is to sit down to watch a movie or TV series and see the words, “Based on XX by Jeremy Robinson.” With the Chess Team novels being optioned for film in the first year of this goal, I’m off to a good start, but there is still no guarantee that it will get green-lighted for production. So I’m working the angles, making connections, and keeping my eyes on that prize. And if I DO go to a con, it will probably be because attending will get me closer to that goal, rather than distracting me from it. I made this a five year goal because movies can take a long time to make, but I’m determined to see it through, even if I have to produce it myself (which I’ve actually already tried and failed at).

Some authors can go to a con and write in their hotel room and never miss a beat when they get home, but that’s rare, and no one can work while they’re shaking hands and signing books. No matter how extroverted you are, and how good you are at multitasking, all that time on panels, at the booth, and in the plane, is time that could have gotten you closer to your goals. Once you get there, and I mean REALLY get there, then hit the cons and have a blast. Of course, if you’re anything like me, you’ll have already set new goals and be hard at work.

If you’re a creative type, set your lofty goals and then stay on target. Avoid distractions. Crush deadlines. Be a professional. Avoid the evil squirrels.

I give advice infrequently and make no claims to be good at it. But if you really want to follow my advice, stop reading this, like now, and get back to work. Facebook, blogs, news sites, what Obama did or did not do, and the latest celebrity divorce are all squirrels. So put some peanut butter on the end of an imaginary shotgun, lure them in, and when those little bastards start nibbling away, pull the trigger.

Disclaimer: I work with a large number of writers and artists, most of whom go to cons and/or are currently running late on deadlines. Of all the authors and artists I’ve ever worked with, I can only name two who nailed deadlines. It’s the nature of most creative people. So this post isn’t directed at the guys I’m waiting on. If you get something out of it, great, but it’s not meant to be a nudge. I’ll do that via e-mail or carrier pigeon. How awesome would that be? A little scroll from a pigeon named Chauncy, perched on your window sill, a cute little collar around his neck and a squirrel!  Stop reading! Back to work!