Jeremy had very specifically set up a long running arc, and he had even checked with the publisher that they would be willing to let him do enough sequels to get through it. But it didn’t turn out that way. They wanted a standalone book after THRESHOLD, and so SECONDWORLD happened. But Chess Team fans were getting antsy. They wanted more adventures from Jack Sigler and his teammates. So, Jeremy dreamed up the Chesspocalypse. Five novella-length books that would be co-written by some of his author friends, lessening the time and burden on Jeremy, and getting fans what they wanted. In-depth focus on each member of Chess Team. I thought it was a great idea at the time, and I still do. Now, of course, the entire Jack Sigler / Chess Team saga has grown to encompass eleven full-length novels (with a twelfth on the way), eight Chesspocalypse novellas, a few collections, a non-fiction guidebook, and three books focusing on Sigler’s solo adventures during an event that happens in the fifth book of the series. That’s a lot. But at the time, remember, there were just the first three novels. Then we got a close-up on each major character. All eight of the Chesspocalypse novellas fit in the series after book three, THRESHOLD, and before book four, RAGNAROK. Each story is a standalone adventure, but each also enhances the greater narrative of the series, and it also explains a lot about where people are at the start of the fourth book and why.

I’ll be examining each one in the coming days. But in short, if you’ve read the Chess Team novels but not these great solo stories, you should check them out. And we really made it easy for you by collecting the three King books in CALLSIGN: KING – THE BRAINSTORM TRILOGY, the Queen, Rook, and Bishop stories in CALLSIGN – TRIPLESHOT, and the Knight and Deep Blue stories in CALLSIGN – DOUBLESHOT. Just click on either of the three images below to check out each collection. And I’ll be back next week with a deeper look at Callsign: King (Book 1). 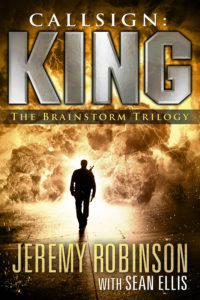 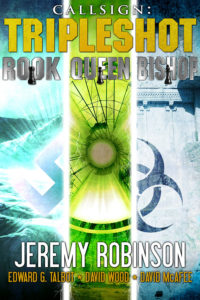 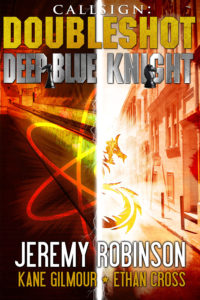