Freeman is a genius with an uncommon mixture of memory, intelligence and creativity. He lives in a worldwide utopia, but it was not always so.  There was a time known as the Grind—when Freeman’s people lived as slaves to another race referred to simply as “Master.” They were property. But a civil rights movement emerged. Change seemed near, but the Masters refused to bend. Instead, they declared war.

Now, the freed world is threatened by a virus, spread through bites, sweeping through the population. Those infected are propelled to violence, driven to disperse the virus. Uniquely suited to respond to this new threat, Freeman searches for a cure, but instead finds the source—the Masters, intent on reclaiming the world. Freeman must fight for his life, for his friends and for the truth, which is far more complex and dangerous than he ever imagined.

Robinson’s lightning fast, cutting-edge novels have won over thriller, horror, science-fiction and action/adventure fans alike, and he has received high praise from peers like James Rollins, Jonathan Maberry, and Scott Sigler.  XOM-B is a wildly inventive zombie novel with a high-tech twist that will keep readers guessing until the very last sentence. 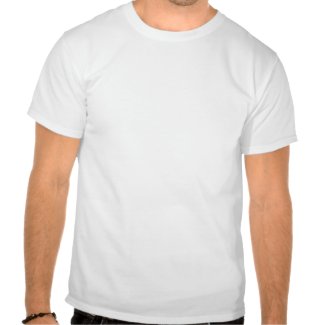 Join the fight with your own fully customizable Fight the Grind – Xom-B T-shirt!

“In a compelling narrative full of stunning surprises, Robinson, best known for his thrillers and adventure novels, shows that his fertile imagination is equally well suited to science fiction. [Xom-B] is an exciting, richly complex blend of dystopian fiction and mainstream Sci-Fi.” — Booklist“With Xom-B, Robinson has achieved a rare feat by successfully telling a rich story that moves at a relentless pace while stopping just long enough to ask profound questions of existence, science, and what it means to be human. A modern sci-fi classic.” — Famous Monsters of Filmland

“Drawing on elements of The Wizard of Oz, Star Wars and Sam Raimi’s Evil Dead movies, Robinson’s novel [XOM-B] proceeds at a nonstop pace as former slaves survive one cliffhanger after another. A fresh twist on the zombie apocalypse.” — Kirkus Reviews

“XOM-B is an incredible ride from the first paragraph to the last jaw-dropping page. [It] will be talked about and read for years to come in the same way that Orwell’s “1984” was and is today. A MUST read for all who think they’re human.” –Suspense Magazine

“I thoroughly enjoyed the unmasking of the villain, and the plot twist was so brilliant, I wish I could tell you about it, but I want you go pick up this book and find out for yourself. I love the application of actual science in science-fiction, and the plausibility adds yet another dimension to this book. And trust me, it’s a terrifying realization. If you are a lover of zombie stories, a science-fiction fanatic, or just someone looking for a change of pace, I highly recommend picking up a copy of XOM-B.” –CriminalElement.com

“Robinson blends myth, science and terminal velocity action like no one else.” — Scott Sigler, NY Times Bestselling author of INFECTED and ANCESTOR

“Among writers of thrillers with scientific themes, Jeremy Robinson writes the best action. I’m including James Rollins here, folks. If Rollins is a 9 for action, Robinson is a 10.” — ScienceThrillers.com

“Just when you think that 21st-century authors have come up with every possible way of destroying the world, along comes Jeremy Robinson.”  — New Hampshire Magazine