That’s right. Get to the end of this FREE iPhone game and you’ll be treated to the best plate of pancakes you’ve ever had.

A Delta operator code named Rook is on a mission to save the world from what remains of Manifold Genetics, an evil genetics company working on limb regeneration an 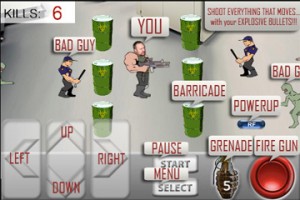 ROOKED is based on the characters and story from Jeremy Robinson’s Jack Sigler thriller series and features monsters and locations visited in the novel PULSE. The game is not only a stand alone, thrill-fest but also promotes the novel series in a unique and exciting way. Part tower defense, part side scrolling smack down, with three difficulty levels, ROOKED is perfect for all skill levels and plays well on the iPhone and iPad. 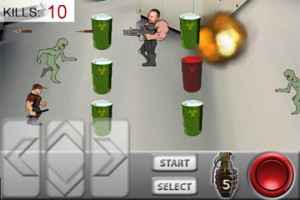 Rated 9+ for the following:Infrequent/Mild Mature/Suggestive Themes

Fair warning: It’s an old game…so it’s prone to crashing. But it’s FREE, so zip it.