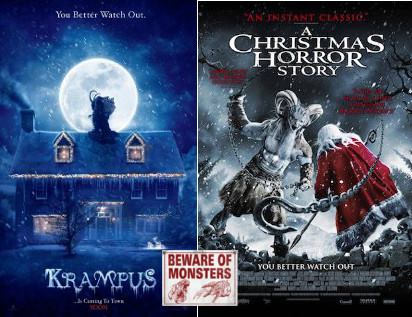 A Christmas Horror Story is four shorts intertwined. There are teens trapped in a haunted school basement. One family accidently brings home a changeling instead of their child, while another runs from Krampus in the woods. Finally, Santa battles his own elves as a zombie virus infects them all. The stories happen in the same town and are all linked by the local DJ, played by the films ‘big get,’ William Shatner. As he simply drinks himself into an alternatingly jolly and depressing stupor, he buffers each story. 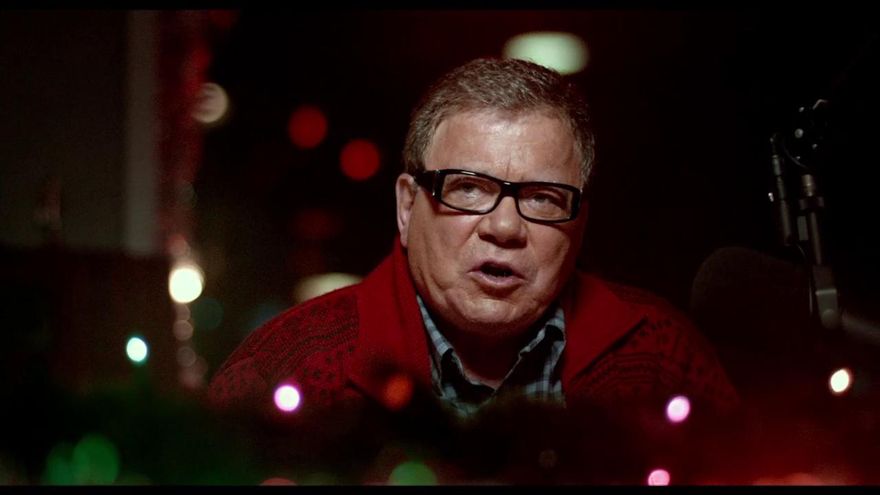 There is a very dank feel to everything. Almost grindhouse, with a weirdly obvious avoidance of nudity. (They include a sex scene and a shower scene.) The effects are not the best, but the director knows how to use them. You will jump a couple of times and say ‘eeuww.’ The Santa stuff is the most fun of the interlaced chapters, but all of them are engaging enough. The strange thing about the film is that it takes the idea that anyone can be the monster to an extreme, as well as being a weird take on repentance. Most movies that deal with monsters have some moral key that saves you. In this film, confessing your wrongs always precedes your death. The only story without a character verbalizing their missteps starts with the standard ‘teen slut’ character going home and exiting the narrative. The one who bears the brunt of the ghost is the ‘virgin good girl.’ I could tell there was craft going on, but I was always aware of what they were doing. The filmmakers were putting in scares while turning horror tropes on their ears. I was often surprised by this film, but after, I was just befuddled as to why they did what they did other than to be different. I constantly felt like the movie was trying to tell me something, but I was never sure what. By the end, even the Santa story is robbed of its fun, and the emotional moments it had, felt a bit like a cheat. It also severs the supernatural string I thought was linking the story and chalks it up to coincidence. I think that this would be an entertaining film, but its oddly agnostic nihilism left me feeling blah instead of shocked, haunted, or adrenalized.

So as we walk away from a DJ spinning old yuletide vinyl and drunkenly musing something about being nice to people over the holiday, we turn our attention next to Krampus. 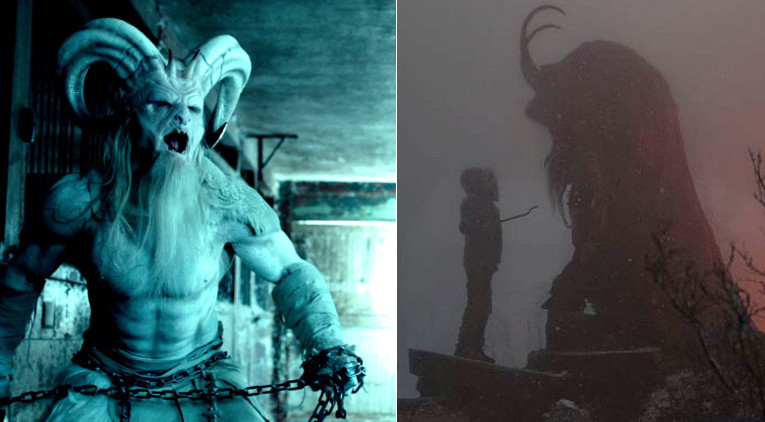 Where the former develops characters by common horror tropes, Krampus introduces us to stock sitcom characters that we recognize instantly. Still they got the people who play them best on TV to recreate them here, so they are well done stock characters. As I said, this is a monster movie. The child rejects the idea of Santa Claus and gives up hope. This opens the door for Krampus, Santa’s evil counterpart, to move in.

The feel of this film is not like the live action Grinch, where Jim Carrey played the

Grinch and Ron Howard played Tim Burton, but I’m sure that Krampus’s director, Michael Dougherty, has Batman Returns on his DVR. Actually, from this film I can divine that his collection includes Gremlins, A Charlie Brown Christmas, Coralline, and a couple offerings from non-Kermit Jim Henson works and Rankin and Bass. Still, it’s never parody or theft but reverent homage that brings up nostalgic feelings. This film seems to be very informed by the world of Christmas specials, starting early on with a clip from a black and white A Christmas Carol.

While the film may not need a lot of editing to put it on TV, the threats still feel very real. I would put it on the level of The Monster Squad in a lot of ways. Most of the creatures are masked, but enough of it is moved to know there is something truly horrifying underneath. This film has great pacing and the actors are all giving it their best. I won’t be raving about this but it was fun. Where the last one just told us, it’s Christmas so you might as well buck up (even though you are all possessed monsters), this has a bit more of an up note about Christmas Spirit, love, and sacrifice. It’s sort of the average of the lessons from the most popular perennial Christmas animations. (They even give an animated elf on an iPad Linus’s speech.)

As we got to the final confrontation, I started really fearing that we were getting to be ‘all a dream’ and in a way, it was. Though the feeling of a cheat quickly dissipates with the realization that the dream, in a Charles Dickens way, all happened.

In conclusion, it is just ironic that they both came out at the same time. They deliver what they promise. Christmas Horror and Christmas Monsters. Still, Krampus has a bigger budget and thus could get better effects and more seasoned seasonal actors. I also like the straight story and encouraging ending of Krampus.