Whenever you have that kind of hype, people just want to break it down. On top of that, his use of recurring themes and actors led people to believe he was doing the same thing again and again. Disney saw dollars in The Sixth Sense, and advertised all his films as horror. Audiences, already feeling duped, did not take kindly to his big, shocking reveals. So bad stuff was said about him. He did Lady in the Water using his huge 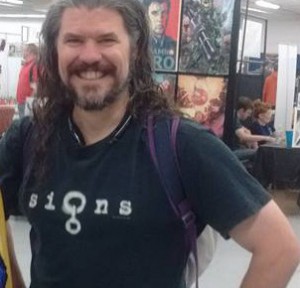 budget to shoot the scenes chronologically, to be even more intimate. By now, people knew that the horror film trailers were a lie before they even got to the theater. So audiences looked to reviewers first… He made a central character a film critic and then made the film critic a jackass. Yeah, Lady in the Water was made to get bad reviews and advertised to disappoint audiences.

With the anti-M. Knight echo chamber ramping up, he put out The Happening. As I sat in the theater, illuminated only by the screen and the phosphorescent power of my glow-in-the-dark Signs T-shirt, I watched a large budget hang itself without a scream, as I leveled all the same criticisms that I used to passionately defend against.

The Happening was followed up with The Last Air Bender. “ The Happening was just the exception that proves the rule, like Hitchcock’s The Trouble with Harry. I’ll watch all three seasons of Avatar: The Last Airbender.” I walked in with thoughts of 6 great films and 20 episodes of a fantastic TV series about to converge. One hundred and three minutes later, I stumbled out of the theater, the glow of my now tear-stained shirt had faded, as well as all my hopes and dreams of getting to experience genius. I have never bothered seeing After Earth.

Then, one weekend, my wife was away on business, my in-laws were taking the kids to ballet, and I had a gift card to the local theater. I figured I would check out The Visit, because I had heard it wasn’t that bad… 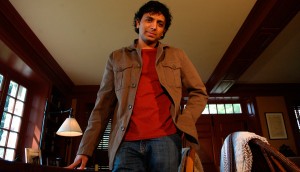 The Visit (this is actually the review) starts with an interview of a mom. I shuddered right away with the thought “The Sixth Sense meets The Office? Aren’t we over that?” Quickly I learned that the teen daughter was a young filmmaker wanting to do a documentary about her and her brother visiting their grandparents for the first time. (Thankfully, I did not make the connection to The Buried Secret of M. Night Shyamalan* until I left the theater.)

I loved what he did with this format. First, it allowed him to do all the cool things about a found-footage film, while avoiding the pitfalls (such as having to pick between long boring parts with nothing happening or illogical cuts and camera angles.) This also put M. Night’s voice in the dialog. This film lacks his Hitchcockian cameo. (It so should have been the random guy on the street.) Instead we got what might be the first director’s commentary, and it’s a part of the film. He once said that he was the highest paid screenwriter, not because he was the best, but because, when he wrote he was “more me than they are them.” He had grown up as the kid making movies with a video camera. He is now directing this very movie. It is ballsy, and it is what I love about M. Night. He is going to flat out tell us what he’s doing in the scene, and I still don’t see it coming. His complete transparency leads me into a false sense of security. All the information is there in the frame; there is no deception. I am still shocked and never felt cheated. Even while contemplating a plot summary, there was so much I thought I needed to include, because at the end, I found out it was important. If I just saw the first half and wanted to summarize that, there are so many details and flourishes I would have left out, thinking that they were just that, flourishes. 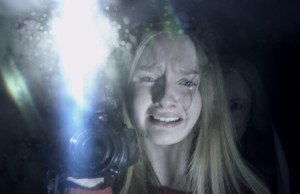 The kids were in an old rural house. They dutifully dropped the lines about no cell phone reception. The grandparents seemed very nice but a little weird. As strangeness happened, we got explanations. The explanations checked out. Even while the tension racked up, I realized (because Jeremy just leaned across an empty seat to tell me) that the ending totally could have been that they were just old people, so they were a little different. Were the grandparents dangerous, or were they just dealing with some hard things with aging? Did they do something to the kid’s mom, or was it just a misunderstanding? Was the house ominous, or was it just overcast? What was in the shed?

My criticism of the film? The kids are re-imaginings of the kids from Signs, and I have a slight issue with the end. I didn’t think of it until much later (and only because it’s a glaring problem in The Hunger Games). Oh well.

This is not M. Night’s greatest film, but it’s a really good film. It builds tension as it builds concern for the characters. It scared me but didn’t try to scar me. Still, it never held back. I often did not see the set up but fully felt the pay off. And other than the Skype product placement, none of it felt forced.

Now that my wife is back, I will be going to see The Visit again, and I’ll check eBay for a T-shirt.

What did you think of The Visit or M. Night Shyamalan in general?

Okay, help me out here. The camera on the shelf was the same shot as the little ghost girl’s camera in The Sixth Sense; but was it just a product of his working out similar themes, or were there direct references to The Sixth Sense, Unbreakable, Signs, and Lady in the Water as well? 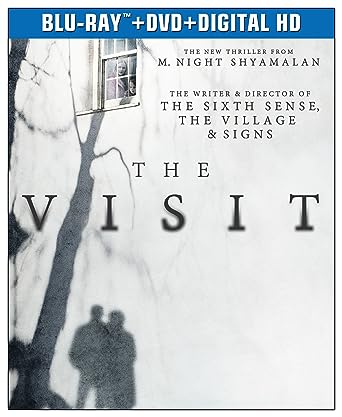 You can pre-order The Visit at Amazon

*M. Night obviously was very involved with The Buried Secret of M. Night Shyamalan, the Sci-Fi original movie was written by Melissa Foster and Directed by Nathaniel Kahn. Not totally his fault.

Christopher Ouellette, host of the Beware of Monsters podcast, is a reservoir of classic monster knowledge and the creatures featured in Jeremy Robinson novels. He has worked as a puppeteer and is the director for Chesterton Stage Productions. He also fully owns up to being a M. Night Shaymalan fan.